Surfing is one of the most popular water sports in the world today. But where did it come from? Who invented it? In this article, we’ll take a look at the history of surfing and how it has evolved over time.

It is widely believed that surfing originated in Polynesia, with the first surfers using rudimentary boards made of wood or bamboo. These early surfers would ride the waves on their stomachs, using their hands and feet to paddle.

The first written record of surfing comes from Hawaii in 1778 when British explorer Captain James Cook observed natives riding the waves on wooden boards. Surfing then slowly began to spread to other parts of the world, with California becoming a hotbed for the sport in the early 20th century.

Today, surfing is enjoyed by people of all ages and abilities all over the world. Whether you’re catching your first wave or winning a world championship, there’s nothing quite like the feeling of riding a big one!

In Hawaiian culture, surfing was a sacred activity, and it was thought to be a gift from the gods. Surfing was also a way for Hawaiian chiefs to prove their bravery and leadership.

Surfing in Europe and the Americas

Surfing has a long and storied history, dating back to ancient Hawaii. But who invented it? And where did it originate? Let’s take a look at the history of surfing, from its humble beginnings to its present-day popularity.

The ancient Hawaiian sport of he’e Nalu, or wave sliding, is generally considered to be the precursor to modern surfing. He’e Nalu was practiced by Hawaiian royalty and commoners alike and was a popular pastime for both men and women. Wave sliding eventually spread to other Polynesian islands, including Tahiti, Samoa, and Easter Island.

From Hawaii, surfing eventually made its way to the mainland United States in the early 20th century. American servicemen stationed in Hawaii during World War II returned home with tales of this exotic sport, and soon surf culture began to grow in popularity on the West Coast of America. California became the epicenter of American surf culture and remains so to this day.

In the past few decades, surfing has become increasingly popular around the world. Europe, Australia, Asia, and South America all have thriving surf scenes. And as more people discover the joys of riding waves, the history of surfing is sure to continue being written.

The modern history of surfing begins in the early 20th century when Hawaiian princes started to ride the waves on longboards. But it wasn’t until the 1950s that surfing really took off, thanks to the invention of the shortboard. This new type of board allowed surfers to perform tricks and maneuvers that were impossible on a longboard.

In the 1960s, surfing became a countercultural symbol, associated with the laid-back lifestyle of California beach towns. The sport continued to grow in popularity throughout the 1970s and 1980s, as professional competitions and surf magazines helped spread the word about this exciting new sport.

The evolution of surf culture

The history of surfing is often debated among experts. While there is evidence that surfing originated in ancient Polynesia, the specific details are still up for discussion. Nevertheless, the sport has undergone a major evolution over the centuries, both in terms of its popularity and its culture.

One of the most significant moments in the history of surfing occurred in the early 20th century. This was when Duke Kahanamoku, a Hawaiian native, introduced surfing to the mainland United States. His demonstrations of this new sport quickly gained popularity, particularly in California. From here, surfing began to spread around the world, becoming the global phenomenon it is today.

The culture surrounding surfing has also evolved significantly over the years. What started as a niche activity enjoyed by only a few has now become a major commercial industry. Surfing movies, fashion, and music have all become popular cultural touchstones in recent years. And as more people than ever before enjoy the thrills of riding waves, it’s safe to say that surfing’s evolution is far from over.

Surfing is a popular water sport that has a long and interesting history. It is believed to have originated in Polynesia, and there are many different theories about who invented it. Surfing has become increasingly popular in recent years, and it is now enjoyed by people of all ages all over the world. 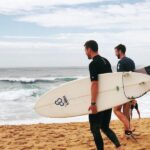 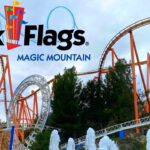