Tips For Travel To Surabaya – So you may be wondering – what is an excellent place to visit in Indonesia? Well, let me introduce you to Surabaya. A land of rich culture and exciting places to see, but safety is a priority!

Therefore, here are some tips for when you travel to Surabaya:

Before the tips, let us talk about this city’s rich history.

The Heroes Monument is the city’s prominent symbol, and it honors those who perished in the Battle of Surabaya in November 1945. This conflict symbolized Indonesian resistance to British forces.

The monument, which stood over forty meters tall and was built in 1951, isn’t the only thing that represents the war. There are also two display floors dedicated to the Surabaya people, their struggle for independence, and the specifics of the battle.

The rainy season lasts from November to April, and there are severe rains almost every day throughout this time, as well as high winds. Surabaya experiences hot weather all year; the average daily temperature is around 30°C.

Cheap restaurants and cafes can be found in major shopping malls, which are ideal for budget tourists. In addition to various fast food and desserts, classic national cuisine is frequently served at very reasonable costs.

The bus is the most common mode of public transportation. In addition to municipal routes, the city has several business routes. The latter are known as ‘patas,’ and are more comfortable; all buses have many passengers.

Visitors can take a cab at any time; they can book one over the phone or be directed to a dedicated parking spot on the street. It’s recommended to negotiate the cost of transport ahead of time, as many taxi drivers purposefully overcharge tourists.

Tipping is prevalent almost everywhere; a typical gratuity is 5-10% of the services delivered. A maid and a doorman should be paid between 0.5 and 1 USD.

Pickpocketing is one of the resort’s primary challenges; therefore, guests should be highly cautious in crowded areas. Don’t take valuables with you on a walk and keep them in your pockets; bags and other items are commonly stolen from cars.

Those who plan to spend a lot of time walking around nature reserves and parks should bring insect repellent. Hats would also be helpful, as the sun is mighty during the day.

The fact that Indonesia has many active volcanoes is well-known, but the fantastic thing is that some offer some genuinely breathtaking vistas if you don’t mind getting too near!

If a volcano usually is safe to visit but is currently active, leave and try again later. Mount Bromo is 2,329 meters tall, and while it isn’t the highest mountain in the range, it is unquestionably the most well-known due to its breathtaking beauty.

Its most recent eruption was in 2016, but if you go, you’ll be treated to a spectacular volcanic view. The ‘Sea of Sand,’ as it is known, towers out of the sky.

Also read: Why You Should Visit Yogyakarta 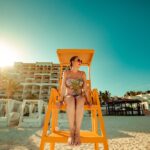 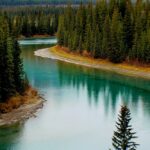