Sights To See When Traveling To Palembang – Palembang, Have you heard of it? It’s a fantastic city in Sumatra, Indonesia, where you can do a lot of different things and enjoy exceptional native cuisine.

It is a city on Sumatra’s island that has yet to be found by significant tourists. Palembang, the capital of the province of South Sumatra, is well worth a visit.

Palembang is not just Sumatra’s capital but also the island’s second-largest city. It is situated near the Musi River and offers a variety of regional cuisines.

The Ampera bridge, as well as the numerous cultural activities available, are two of the city’s most well-known attractions.

With a length of over seven hundred kilometers, the Musi River is Sumatra’s longest river.

Palembang is split in two by the river. Walking across the river and seeing the floating eateries, boats, and the Ampera Bridge is a pleasant experience.

Palembang’s icon is this bridge, which was erected in 1962. It is Palembang’s most famous landmark. This bridge is lighted with dazzling lights at night and looks very stunning.

Palembang’s highest peak is located here. It’s a little hill with a height of 25-30 meters above sea level.

It is more of a unique and unknown location that locals primarily frequent. There is a lovely garden area as well as various Srivijayan royal and hero tombs.

The Sultan Mahmud Badaruddin Great Mosque is Palembang’s largest mosque. It is one of Indonesia’s most famous mosques, with beautiful architecture.

Outside the mosque, two marketplaces are selling a range of gifts, fabrics, and food.

The Dutch colonial force invaded Kuto Besak, a palace or fort (depending on interpretation) that was built in the 18th century. It is now a popular tourist destination.
Museum Negeri Sumatera Selatan

Another museum located in Palembang is this one. It depicts many cultural features of South Sumatra, such as traditional buildings, miniatures, and animals from several South Sumatra regions.

The Monpera Monument is located across Benteng Kuto Besak. This monument was built to commemorate Palembang’s “Five Days Battle.”

You can climb up by going inside. The view of the Musi River and the Ampera Bridge from the top is breathtaking.

This museum is housed in a historic 18th-century palace. It is presently only recognized as a museum, which is an excellent venue to learn about Palembang’s history.

The museum has a nice weapon collection and displays various items from the Dutch colonial era as well as the Japanese occupation until Indonesia’s independence. 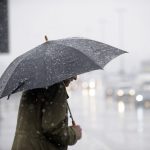 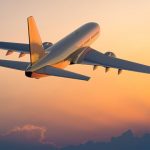