Why You Should Visit Yogyakarta – Yogyakarta is the cultural heart of Java and Jakarta is its political and financial capital. It is the only province in Indonesia still controlled by a sultan and is home to two of Indonesia’s most important ancient sites, Borobudur and Prambanan.

Here, we will discuss some of the reasons why you should visit Yogyakarta.

You don’t need to go to Borobudur to see how deeply this city is rooted in traditional Javanese arts and culture. Take a trip down Jalan Malioboro, and you’ll understand. Many stores sell batik, the traditional Indonesian craft of decorating and dyeing cloth, on both sides of the street.

Continue strolling to Pasar Beringharjo for more examples, as well as even better standards at numerous art centers and workshops across the city.

If you’re in Yogyakarta on a Saturday, you may see Wayang Kulit, a traditional shadow puppet show backed by a gamelan musical ensemble in the Kraton.

The Ramayana Ballet, a visual portrayal of the ancient Ramayana narrative, may be of interest to you if you want something on a grander scale.

It is staged in several locations throughout the city, with Prambanan being the most striking.

The region surrounding Jalan Malioboro is one of the most convenient areas to stay in, especially if you’re visiting the city for the first time.

It’s the epicenter of Yogyakarta, with stores, restaurants, transit hubs, and the city’s main tourist attractions like Yogyakarta Palace and Taman Sari Water Castle, all within walking distance.

Many visitors to Yogyakarta come to see the Borobudur and Prambanan temples. Borobudur is roughly two hours northwest of Yogyakarta, while Prambanan is around an hour east.

Ratu Boko is possibly Yogyakarta’s third most important archaeological site. It is the ruins of a palace, not a holy place. It was named after a famous monarch from Javanese folklore; however, it is uncertain whose palace it was.

Borobudur, along with Prambanan, is the most awe-inspiring landmark in the region and maybe the main reason why visitors come to Yogyakarta.

It stands over a hundred feet tall and is made up of nine stacked platforms capped by a central dome, making it the world’s largest Buddhist temple. Seventy-two bell-shaped stupas surround the main dome, each carrying a seated Buddha statue.

This is one of Yogyakarta’s most fascinating attractions, not only because of the room itself but also because of what it was utilized for.

The Sultan’s holiday retreat residence, Taman Sari Water Castle, was a venue where his concubines would show off their most significant assets in the desire of becoming one of his spouses.

Prambanan, like Borobudur, is a popular tourist destination in Yogyakarta. Unlike Borobudur, a Buddhist temple consisting of a single massive edifice, Prambanan is a Hindu temple complex of hundreds of smaller structures.

The majority of the temples are still in ruins due to earthquakes, yet the largest and most prominent temples have been completely rebuilt. 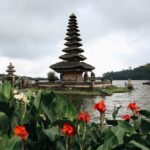 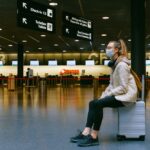